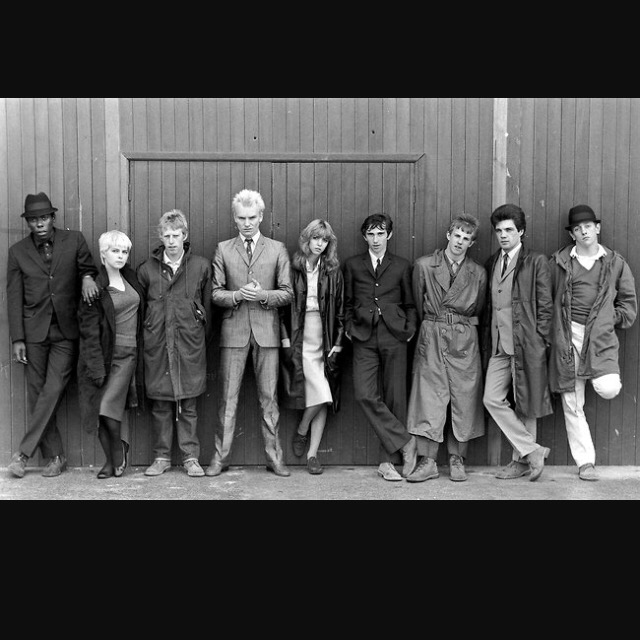 My music theme for this week is inspired by the infamous “Mod” culture. Below is a playlist I’ve thrown together of some of my favourite Mod inspired jams.

In its pure form, the mod scene derives from fashion conscious young people in the late 1950’s who were reportedly tired of a conforming, class-obsessed British culture and sought a new, stylish way to get their kicks. Initially they enjoyed modernist jazz music, but the music taste soon developed, always with an emphasis on dressing sharp. As word spread, so did the scene, more and more youngsters turned to late night coffee bars (which were open until the early hours as opposed to the pubs which often closed at 11pm) to listen to modern music – soul, ska, r&b and mod influenced rock n roll, dancing the night away dressed in their latest trends, clean and smart – a contrast to ‘Greasers’ from the heavier rock scene.

With music, dancing and late nights came an influx of amphetemine use, drugs which of course were still legal in the UK at this time. Whilst drug use doesn’t perhaps fit with Peter Meaden’s ‘clean living’ description, it’s important to note that amphetemines were claimed to be used for their increased sense of alterness, confidence and stimulation for all night dancing and not for escape or intoxication. The belief was that the use of amphetemines allowed people to appear astute – galvanising the clean, sharp image which was aspired to – rather than a more clumsy demeanour that alcohol use can often induce.

The Mod culture continued, expanded and evolved with the decades, with subcultures being provided ever so passionately by the Jam in the 1970’s and a case could even be made for Britpop in the 90’s with bands like Oasis and Ocean Colour Scene – although the strong emphasis on clean, sharp dress sense perhaps became a wee bit slack in the Britpop era. What remained throughout is a fondness of music and comeradery in times of difficulty in the wider society.

Personally, I love the Mod scene, I love the music, the fashion and the slight ego which comes with it.

Anyhow, with great delight, I present my Mod inspired playlist. Happy Friday people, I do hope you enjoy…

28 year old man/boy trying to find the balance of life. View all posts by nathanparkerblog